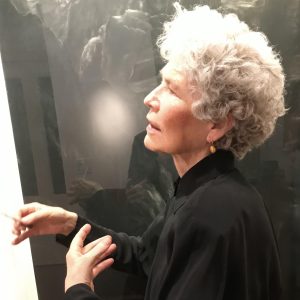 Susan Davenny Wyner has received international acclaim for her conducting. The Library of Congress featured her in its 2003 “Women Who Dare” Engagement Calendar, and the MacNeil-Lehrer Newshour and WGBH Television have presented documentary features on her life and work. Her conducting credits include the Czech Philharmonic Chamber Orchestra, Odense Danish Symphony, Los Angeles Philharmonic, Boston Lyric Opera, Cleveland Orchestra members in benefit concerts, concerts at the Hollywood Bowl, and recordings for Bridge and Albany Records. Yo-Yo Ma, André Previn, Lynn Harrell, Claude Frank, Peter Serkin, and Emanuel Ax, have been among her guest soloists. She has conducted repertoire from the 15th through 21st century— premiering over 40 new works, working with period instruments, and conducting 30 operas. The New York Times called her conducting, “rapturous, richly textured and emotionally compelling.” Opera News Online praised the “terrific lyrical moments under Susan Davenny Wyner’s baton,” The Los Angeles Times praised her “sensitive and thoughtful leadership,” The Boston Globe wrote, “Under her baton the music breathes, lilts, romps, sighs, and sparkles,” and four times selected her conducted performances among the “Best Musical Events of the Year.” She has been Music Director and Conductor of Boston Midsummer Opera since 2007, the Warren Philharmonic Orchestra since 1999, and Opera Western Reserve since its creation in 2004. From 1999-2005, she was Music Director and Conductor of The New England String Ensemble in Boston, which she brought to national prominence. Initially trained as a violinist and violist, Susan Davenny Wyner went on to an international career as a Lyric Soprano— singing with the Metropolitan Opera, New York City Opera, London Symphony, Cleveland Orchestra, Boston Symphony, and other major orchestras. She often premiered works written especially for her and recorded for Columbia Masterworks, Angel/ EMI, Naxos, New World, CRI and Musical Heritage, winning both a Grammy and a Grand Prix du Disc. After a hit and run accident destroyed her singing voice, she began her career as a conductor. She has held conducting positions at New England Conservatory, the Cleveland Institute of Music, Wellesley College, Brandeis and Cornell Universities, and has conducted numerous lecture demonstrations and master-classes for the National Conductors Guild, the Shanghai Conservatory, and Harvard and Yale Universities among many others. Susan Davenny Wyner graduated summa cum laude from Cornell University with degrees in both comparative literature and music, then continued her studies at Yale and Columbia Universities, at the Tanglewood and Aspen Music Festivals, and at the Los Angeles Philharmonic Institute. In 1998, The American Orchestra League named her a Catherine Filene Shouse Conductor – a first-time award given by a national panel of conductors and orchestral managers to a conductor poised for a major career.