The Cast of La Bohème 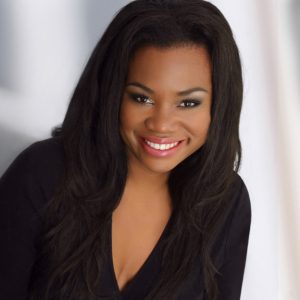 Dr. Olivaccé’s work as an orchestra soloist has been widely recognized in performing such works as the Mozart, Brahms, Fauré, and Rutter Requiem Masses, Bach’s St John Passion and Magnificat, Mendelssohn’s Elijah, Beethoven’s Ninth Symphony, Handel’s Messiah and Strauss’ Four Last Songs. In spring 2019, she was the soloist in the midwest debut of Golijov’s Oceana. She has graced the world-renowned stages of Carnegie Hall and the Concertgebouw in Amsterdam, Netherlands.

Dr. Olivaccé is a sought-after recitalist who specializes in African-American Art Songs and Negro Spirituals. She is also a frequent masterclass clinician having most recently taught at University of Wisconsin, Madison. In summer 2019 she was a Fellow at the NATS Intern program. 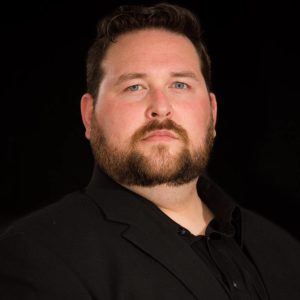 In addition to being named the Winner of the Jennifer White Memorial Award in Shreveport Opera’s Mary Jacobs Smith Singer of the Year competition, as well as a semi-finalist in the Gerda Lissner Foundation International Vocal Competition, the 2019-2020 season saw Kaufman made debuts with Opera Delaware in their Fall Jukebox concert and with Toledo Opera and Opera Carolina as Malcolm (Macbeth), and as Rodolfo (cover) (La bohème) with Opera Carolina. In 2018, Kaufman was able to work with international recording artist John Mark McMillan as a tenor soloist on the song “Baby Son,” the first single off McMillan’s Christmas EP Smile in the Mystery (Lionhawk Records).

While the 2020-2021 season was devastating to all in the industry, Kaufman made the most of the virtual opportunities presented. Winner of the 2nd Place prize in the SAS Performing Arts Company Vocal competition, Kaufman was also a winner in NYIOP’s first-ever Anonymous Audition Project and a finalist in the NOA Carolyn Bailey & Dominick Argento Vocal Competition. Additionally, he competed as a semifinalist in the Premiere Opera Foundation International Vocal Competition, the MIOpera Vocal Competition, and the first annual Zenith Opera Competition. During this time, Kaufman also performed regularly in Opera Carolina’s iStream virtual concert series.

This past summer the OWR Emerging Artists traveled to local parks and camps to bring the classic tale of Three Billy Goats Gruff to life through operatic performances. Performances were held the week of June 13-17 at YSU’s Youth Camp, Boardman Park, Buhl Park, JCC of Youngstown, The Youngstown Playhouse, and SMARTS arts school.

“It was wonderful seeing them bring opera education and entertainment to the community again for children and their families. We look forward to more experiences such as this in the future!” said Education Coordinator Emelia Sherin.

Opera Western Reserve, will present its annual production this fall on the Concert Hall stage at Stambaugh Auditorium, La Bohème, a timeless opera in four acts composed by Giacomo Puccini.

Skiba first performed with OWR in the production of Le Nozze Di Figaro in 2006 and Rigoletto in 2007. His directoral debut with OWR was Carmen in 2016 and has worked on and off with the company since. Skiba said he then took the position as production director in 2020.

“The more I started directing, the more I started enjoying it,” Skiba said. “Opera Western Reserve is a great organization that tries to support, promote and feature talent and artists that live in the region and emerging talent about to be superstars,” he said.

Skiba said opera is a 400-plus-year-old art form and the original interdisciplinary art form in theatre.

“In 100 years from now, people will look at American musical theatre and say, ‘Yeah, that was opera at the time,” he said. “[Opera] tells stories about people, and what happens [in the moment], not necessarily what happened like a museum piece.”

Skiba said opera showcases the most raw human emotion and a performer’s voice creating natural, authentic sounds that must be amplified throughout a concert hall auditorium.

“It’s the human instrument at its extreme highs and lows without amplification,” he said. “Very few people have the discipline and passion to develop their instrument to something they can fill a 2500-seat hall and carry over an orchestra with the passion and drama involved.”

La Bohème, set around the late 1830’s in Paris, is a triumphant blend of grim reality and soaring romanticism. The story tells the life of a poor seamstress and her struggling musician friends trying to make a living on their own, Skiba said.

“The [OWR] cast for La Boheme is great. … A lot of folks who have been with us before, very recently and some not for a while along with some new faces and talents,” Skiba said. “It’s a very popular opera so it sells tickets and on our journey back after so much struggle [in 2020], it felt like a great choice.”

The opera consists of six main roles who live in an attic apartment from the bohemian era, Skiba said. “Rodolfo” is a poet and he lives with three of his friends, “Schaunard” a music teacher, “Colline” a philosopher and “Marcello” a painter, and two female characters “Mimi” and “Musetta” who are intertwined as love interests.

“The opera opens on Christmas Eve and the guys are there commiserating being freezing cold, and the musician just got paid so they go out on the town and spend their fortune. … A few months later there is trouble in paradise between the love interests,” Skiba said. “The idea is that through struggle can come greater art.”

Act IV ends with comedic relief and horse play, Skiba said. “It’s a love story with tragedy and comedy. It’s a lot, but beautiful,” he added.

Skiba said he performed and directed the tale many times, but there is always something new to add to the production every time he directs it to make it a timeless love story.

“The singing talent bring different things to the table every time,” he said. “We are adding a lighting designer who will bring more design and intention of storytelling to the lights, so I am excited to keep developing the production value and up the wow-factor as much as we can.”

Tickets are on sale now for La Bohème and can be purchased at experienceyourarts.org.

Arnett Family Fund of the Community Foundation of the Mahoning Valley

Kennedy Family Fund of the Community Foundation of the Mahoning Valley

Ralph E. and Esther K. Meacham Memorial Fund of the Community Foundation of the Mahoning Valley